Unlike many organizations that come into existence, grow and go in to sponsor a special event in their community, The Oregon Scottish Society, instead grew out of the incredible interest uncovered by a community event.
In early 1990, a few friends gathered around their love for Scotland. They planned a small celebration of Scottish culture and pride; it was a chance to share their interest with others in the region.

With the financial support of the Commercial Bank and the hospitality and sponsorship of Chemeketa Community College, the First Mid-Willamette Scottish Heritage Festival convened on a sunny Saturday afternoon in March of that year. More than 300 people attended. The overwhelming consensus was that another celebration was in order for the following year. That growing group of friends went on to stage progressively larger festivals in the coming hears.

On April 23, 1992, thirty-one people gathered to adopt a Declaration of Purpose. The name has changed to The Oregon Scottish Society (tOSS), but only to broaden its purpose to include all.

Our Structure. . .
The Oregon Scottish Society is governed by its members, who elect nine of their own to serve as the Board of Directors. They include the President, Vice-President, Treasurer, Recording Secretary, Membership Secretary, s well as the immediate Past President, and three Trustees who serve alternating three year terms.

Our members come from a broad geographical region, therefore, meetings and gatherings of the Society are scheduled throughout the Willamette Valley. This “decentralized” approach gives members the opportunity to hold Society functions in their own particular area, and gives ownership of the Society to its individual members.

No comments to show. 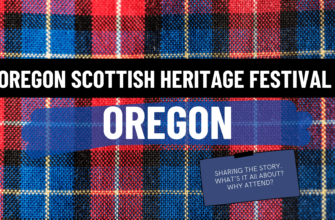